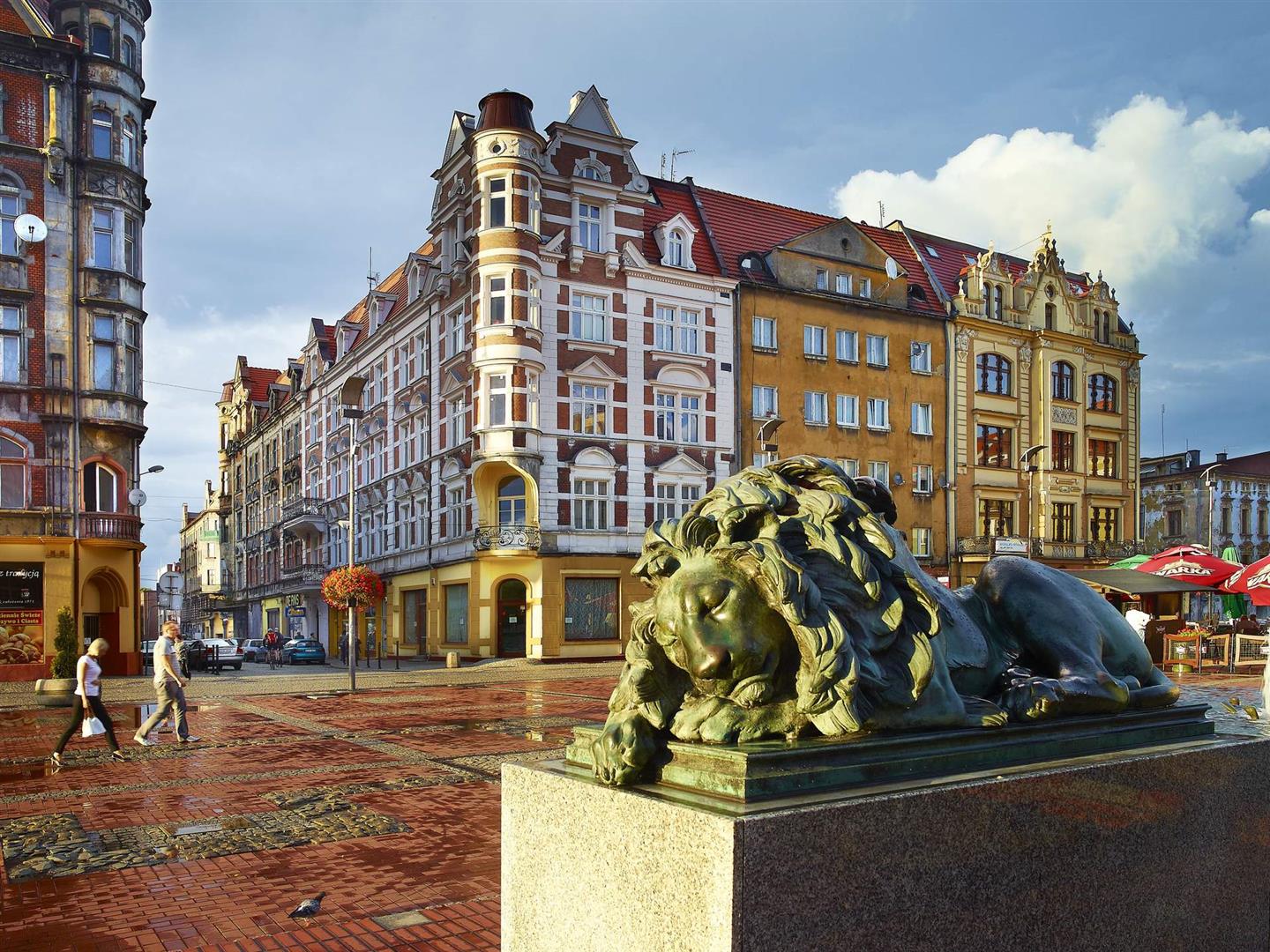 DETAILS OF THE TOURIST ATTRACTION

The Upper Silesian Breweries in Zabrze

The Upper Silesian Breweries in Zabrze boast of more than a 150- year-old tradition and continue to brew beer nowadays. The first brewery in today's Zabrze was launched by Loebel Haendler in 1860. It was located at the road called The Way of the Heir to the Throne - later, the main street of the city - Wolności Street, which means Liberty Street. Beer from the HAENDLER brewery enjoyed great reputation - some brands were also popular outside Silesia. Today, the brewery is modern, however, a few pre-war buildings and traditional equipment for brewing beer have been preserved.

only during the open days

The Built-Up Area of Wolności St in Zabrze
Zabrze
Wolności Street (Liberty Street) in Zabrze is the thoroughfare of the city, and one of the longest in Poland. It stretches for almost 10 km, from the border with Ruda Śląska (in the east) to the Gliwice (in the west). While walking along Wolności Street, we will encounter, among others, three churches (including the historic wooden church of Saint Hedwig), the Mining Museum "Królowa Luiza (Queen Louise)" and the impressive building of the former hotel "Admiralspalast". In the central part the street is an elegant promenade of Zabrze
END_OF_DOCUMENT_TOKEN_TO_BE_REPLACED

The Church of St Anne in Zabrze
Zabrze
The history of the Zabrze church of St Anne goes back to the end of the nineteenth century and is associated with the church and parish of St Andrew, from the local parish of Sr. Anne separated. The need to build a new church was caused by the development of the city and there a growing number of parishioners. The church of St Andrew, built in 1863-1866, could not accommodate them. In the late nineteenth, the parish numbered more than 30 thousand people and comprised the whole city of Zabrze.
END_OF_DOCUMENT_TOKEN_TO_BE_REPLACED

The Indoor Swimming Pool in Zabrze
Zabrze
The historic building of the indoor swimming pool in Zabrze, currently operated by the Municipal Bath is one of the most interesting and oldest of its kind in Upper Silesia. After being completely renovated, the Modernist building attracts not only by its outward appearance, but also by new attractions, including, among others, a sauna, recreation rooms, a salt cave with the possibility of relaxing and therapeutic massage, and a gym.
END_OF_DOCUMENT_TOKEN_TO_BE_REPLACED

The Evangelical Church of Peace in Zabrze
Zabrze
The Evangelical Church of Peace in Zabrze was built according to the design of counsel Kronenberg, a building counselor in 1874. It is a three-nave structure erected in the neo-Romanesque style. It is one of the oldest brick churches in the city.Of course,the history of the Protestants in this region is much older, going back to the first half of the sixteenth century. The Church of Peace, thanks to the renovation of the organ at the beginning of the twenty-first century, is also known as a venue for concerts.
END_OF_DOCUMENT_TOKEN_TO_BE_REPLACED

Museum of Coal Mining
Zabrze
The Museum of Coal Mining in Zabrze is located in a historic nineteenth-century building of the former district administration of Zabrze. This building itself is worth seeing, but the most interesting is the museum exhibition, presenting a rich tradition of coal mining. During a visit to the museum we learn almost everything about coal mining technology and the history of the industry, as well as labor, culture and daily life of miners.
END_OF_DOCUMENT_TOKEN_TO_BE_REPLACED
See more

Florian
Zabrze
The restaurant is located in the center - between the two main streets: May 3, and Liberty, located about 300 meters from the railway station.
END_OF_DOCUMENT_TOKEN_TO_BE_REPLACED

Restaurant "flora"
Zabrze
We found in the center of Zabrze unusual place.
END_OF_DOCUMENT_TOKEN_TO_BE_REPLACED